It’s been awhile since I last sent out an update but have tried to keep folks apprised of what’s happening in Olympia via my legislative Facebook. You may have noticed that in our first round of voting in the Senate, I was marked ‘excused.’ A couple of weeks back, I was admitted to the hospital with some abdominal pain. It turned out to be nothing serious, but I was out for just over a week. The good news is that I’ve been back and have hit the ground running.

There have been a few big-ticket items that I’d like to comment on. First, we had news recently that the state revenue continues to grow. Without doing anything, revenue collections are up $1.5 billion more than anticipated. This is on top of the billion-dollar tax bill (the first bill signed into law of the 2020 session) on everything from nursing homes to health-care providers and mental-health facilities. The majorities have unveiled their budgets for this supplemental year and, unsurprisingly, every penny you send to Olympia has been spent growing government.

My colleagues and I have been pushing for tax relief, whether it’s doing the will of the people and passing my bill to give $30 car tabs, or needed property tax relief. The fact is, the state has the money but is choosing other “priorities.” Just look at how much state spending has increased since 2013. Granted, we had some needed investments to make in education, but it’s out of control. You pay for the state budget with your taxes and the growth has outpaced any gains you or your family may have seen in wages. That’s even worse if you’re outside of King County. Something has to give.

Time for a Washington Prop 13

Some years back, taxpayers in California revolted because of their skyrocketing property taxes. We are reaching that point here. I’ve received countless emails from people around the district who can’t afford the endless property tax increases. The reality is that the Legislature cannot be trusted. I voted in support of historic education funding reform to satisfy the McCleary decision that also resulted in a property tax reduction for over 70 percent of Washingtonians. Less than a year later, the majority betrayed taxpayers and undid that work. They opened the door to steep increases in property taxes and an overreliance on local levies that create inequity in our schools. We are almost back in the same boat that got us the McCleary case to begin with.

We need and can afford property-tax relief. I’ll be pushing for legislation modeled after the California Proposition 13. It froze property tax assessments at a certain date, limited annual increases to inflation, and froze re-evalutions until after change of ownership. I’ve received overwhelming responses from constituents opposing the bill that would mandate sex education starting in kindergarten. Let’s be clear, this is not about good-touch, bad-touch or having healthy friendships. What’s really happening is an agenda pushed by special interests to sexualize our children. Discussing and normalizing alternative lifestyles or teaching about sexual pleasure is not ‘age appropriate’ for young children. You’ve been clear, and I’m in agreement, we need to get sex entirely out of schools and get back to teaching our students how to read, write and do math. Our state has a persistent opportunity gap and introducing this new requirement will only make matters worse by taking up valuable instructional time on something that is the responsibility of parents and families.

Democratic leaders on the Senate Transportation Committee unveiled their funding proposal last week to deal with what they’re calling the “I-976 crisis” and to restart delayed transportation projects.

I supported this supplemental budget, but it’s really just a Band-Aid. It is needlessly starving our state’s transportation infrastructure and fails to address long-term solutions that we need to act on now. That is being exacerbated by the ill-advised pausing of critical projects by Gov. Inslee, which has cost taxpayers untold millions of dollars. The overwhelming majority of those projects are funded by the gas tax and have nothing to do with this so-called “I-976 crisis.” 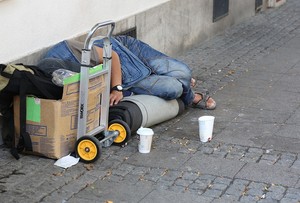 What about homeless and housing?

Last week, those of us working on housing and homelessness in the Senate Republican Caucus held a news conference to discuss what the Legislature is doing about this critical issue. We outlined where we thought we should be going at the outset of the 2020 legislative session, but with just a couple of weeks left to go, not many of those proposals made it through.

The majority is intent on continuing the same failed policies and practices of just throwing more taxpayer dollars at a broken system with no accountability.Here’s a short article on parts of the Republican proposal.We all agree that this problem needs to be addressed. We just disagree on how to get there. I’ve been vocal about my holistic plan to address this problem. To my disappointment many of these components have been simply ignored by the majority in favor of increased spending on policies that have proven they do not work.

Standing up for your rights The Senate recently approved SB 6288, creating the Office of Firearm Violence Prevention to push unscientific ‘research’ by special interests. What’s worse, they’ll be handing out your tax dollars to nonprofits already funded by billionaires opposed to the Second Amendment.

The bill even says that as a condition of receiving those grants, organizations must include how they’d “implement evidenced-based firearm reduction.”

It’s not about research, it’s not about safety. It’s about restricting rights of law-abiding citizens and it’s unacceptable. It was even a fight to include language in the bill that directed this new state agency to look at suicide prevention, which is the largest percentage, by far, of firearm-related deaths.

It is an honor serving as your state Senator.

Please don’t hesitate to reach out to me with any concerns you have about your state government.